Skip to content
Muscle mass! How much can you build up naturally?
November 24, 2020 by Davidson

Let’s be honest: without steroids it is impossible to be a form like Schwarzenegger, Heath or any other athlete we did at the Mister Olympia – Admire the stage, achieve. (This also applies to bikini and figure classes, by the way.) However, something can also be achieved without the ingestion of illegal anabolic substances.

If you dare to look away from Mr. Olympia and other professional Competitions towards natural associations, you will find that there is only a negligibly small proportion of (male) athletes weighing more than 90 kg on stage. Those who do are usually not defined enough, bigger than the average – or have just consumed steroids.

The regulations of the GNBF (German Natural Bodybuilding & Fitness Federation) give an initial idea of ​​how how much can actually be achieved naturally (without steroids). So how much muscle mass can you build naturally? There it says:

“For the first time from 2014, the fat-free mass index (FFMI) developed by Harrison G. Pope (professor at Harvard University) will be used as an approval criterion […]. […] For the admission of participation in the 11th GNBF German Championship, the value of the FFMI must not be higher than 26. Athletes with an FFMI value higher than 26 are not eligible to compete at the GNBF. “

The FFMI is a value that is calculated from height, weight and body fat percentage. It provides information about the body composition in terms of the ratio of fat and muscle mass.

You can have your FFMI calculated here.

A value of 24 corresponds to a muscular (male) athlete. A value of 25 means an above-average amount of muscle mass. This is a high level that can only be achieved and maintained with serious commitment in the areas of nutrition and training, but also regeneration. In some cases a value above 25 can be achieved without steroids – but these are absolutely exceptional athletes.
Women have to use other values: In the literature, an FFMI of 21 is given as the natural upper limit for them / p>

I determine the optimal balance between nutrition, training and regeneration with all my clients individually. Building muscle requires a smart approach. If you want to get the most out of yourself or to know what is possible for you naturally, take a look at my offers. 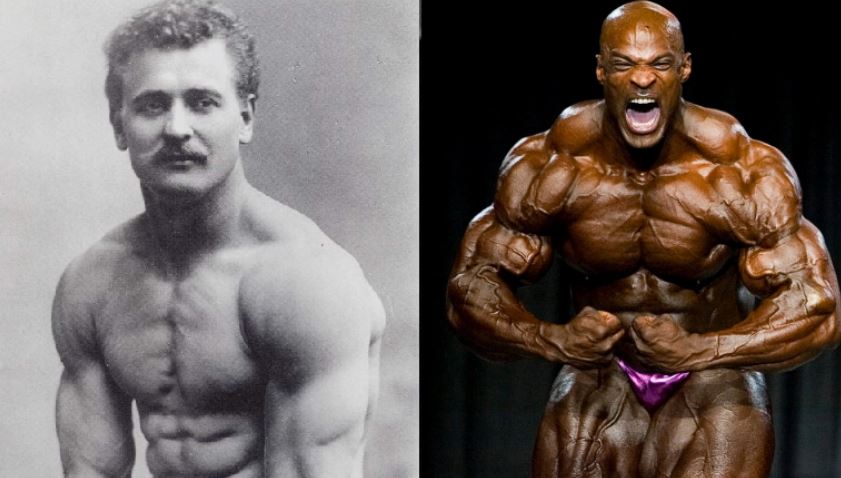 What does that mean in absolute numbers?

Lyle McDonald drafted the following table based on the results of a study:

How much can I naturally gain?

Lyle McDonald mentions in a model named after him how much muscle mass can be built up naturally in the respective training year. He points out that the term training year only refers to years in which there was actually meaningful training. In addition, factors such as age and genetics play a major role and of course gender. Women have to halve the values ​​in the following table.

Possible muscle gain in kg per year of training.

If these values ​​are now added, this results in a total of around 18 to 23 kg of muscles for men, which extend over Let the years build up naturally (1 pound corresponds to about 0.5 kg). Other models come to a similar conclusion. You can read about it here in more detail.

The fact that male Natural athletes bring 80 to a maximum of 90 kg on stage can admittedly be quite sobering – especially when you know pictures of 40 kg heavier athletes with 4% body fat. For the general public, someone with a defined weight of 80 kg is of course impressive – but probably less for the ambitious competitive athlete.

Still, that’s the (bitter) truth. Many also think that improvements in training and nutritional methods are pushing these limits ever higher; However, according to Lyle McDonald and other researchers, this is simply a misconception.

Previous articleHow to get your six pack!